Hey everybody. This month has been an exciting step forward in CallToAr.ms's redesign. We've added some new features, refined some pages, and fixed a few defects we've found. We're pushing quickly towards a 0.0.1 release, which will be a private alpha version. New features will keep being pushed out as private alphas for 0.0.x versions, and once we have all of the necessary components in place (GDPR and DMCA requirements, anti-spam, proper admin tools, etc), we can then take the alpha version public.

This was one of our most requested features before, and we're excited to bring this in the new version of CallToAr.ms. As somebody organizing event, it's a no-brainer that you want to know who is attending and who is not. We've taken two steps forward in this:

Part of a successful project is a good look to the site. The initial skinning of the individual places is starting to take place. Once done, it will be much easier for us to change the overall look and feel at a global level rather than on a per-page basis.

In order to get the initial development moving, many of the pages were basic, generated pages. The first one to be refined is the game detail page.

Not great, eh? This is our first pass over the page, focusing on the overall structure of the page.

We're using the same control for the previous events as on the event listing page, so when we make updates to one, the other will change as well. We've done some basic refinement to this to get it looking a little nicer now, but expect more changes later!

Because we're using the same controls on both the Game and Event pages for showing event lists, one gets a facelift when we work on the other.

Some initial focus has been put into how the event list looks on mobile. The structure has been set up so that everything is easily clickable and the event information shifts to be more vertical once you're on a mobile device.

This one was a bit of a facepalm on our part. Because we had been creating users behind the scenes, the application had no way of setting or changing your nickname, despite it being required. Your nickname is now editable both when you first register and afterwards via your settings.

SMS messages were, by far, the most common notifier method on the original CallToAr.ms. For early beta, it will function the same as other notifiers, but this will be a premium feature once we are open. Unfortunately, text messages cost money, and comparatively speaking are much pricier than other options. Alternatively, we run ads, and we really want to avoid doing that.

For any site nowadays, security has to be at the forefront of everything the site does. We are taking a number of steps up front to ensure that all user data is secured appropriately. Our first pass of this was enforcing access rights across all pages within the application.

Future work will include anti-spam options as well as banning tools to prevent malicious users from doing anything they shouldn't be.

That's all for now! We'll talk to you soon! 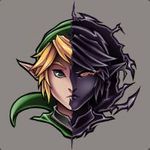